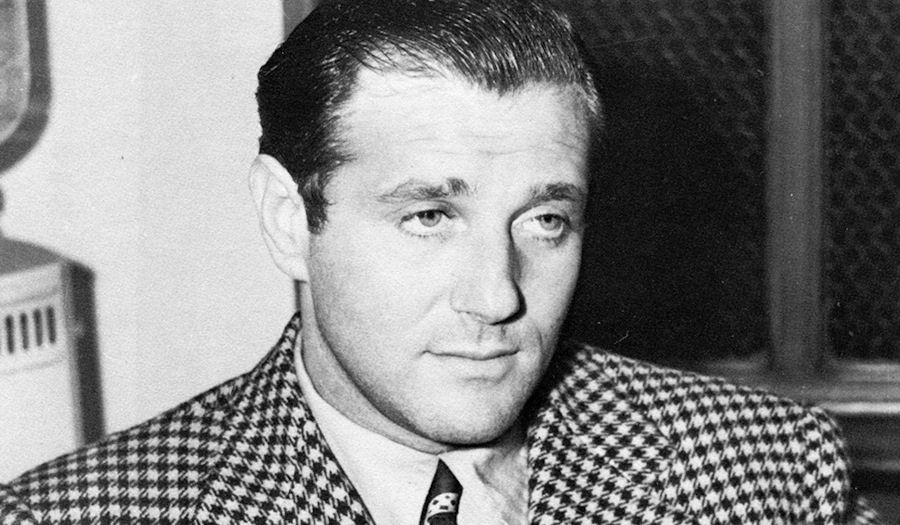 Benjamin Siegel, known to the world as Bugsy, was born on 28 February 1906 in the neighbourhood of Williamsburg in Brooklyn, New York City, USA. His parents were poor Jewish immigrants from the town of Letychiv in what is now Western Ukraine, but was then the Russian Empire, although this is contended in some places that his family was actually from Austria.

Bugsy was the second of five children born to Max and Jennie Siegel and as a boy, he vowed that he would get himself out of the poor lifestyle which he, his siblings and his parents had up until then become accustomed to. He decided early on, that school wasn’t for him and so he dropped out and joined a gang on Lafayette Street, and so a life of crime began.

He started off with petty thievery, but this soon escalated into protection rackets, rape and armed robbery, all while he was still a teenager. During this time, he met and became friends with Meyer Lansky. Lansky was running a small gang which among other things was into gambling and auto theft. He had seen the success that the Italian gangs had had with organised crime and he wanted to organise the Jewish boys in a similar way. The first person to join Lansky in his efforts was Ben Siegel and their gang would become known as the Bugs and Meyer Mob.

Siegel was a bootlegger for the mob and as it started to attract the attention of rivals, he also became the mob’s hitman, something which he found himself to be so talented at that Lansky would hire out his services to other gangs.

As well as Meyer Lansky, Siegel also counted amongst his friends Al Capone, who at one time was hidden by Siegel at his aunt’s house while the police were searching for him.

By the time he was twenty-one years old, he had fulfilled his promise to himself, having made so much money that he could afford to buy an apartment at the Waldorf-Astoria hotel. He wasn’t afraid to show off his wealth either and was frequently seen out and about in New York taking advantage of the nightlife.

On 28 January 1929, Ben Siegel married Esta Krakower who had been his sweetheart since childhood. The couple had two daughters together, but Ben couldn’t be with only one woman and so by 1946, the marriage was over.

At a conference held between various crime families and headed up by Charlie ‘Lucky’ Luciano in Atlantic City in May 1929, Ben Siegel suggested that the Italians and the Jews had no reason to be fighting between themselves and that such activity should stop. By 1931, Lucky Luciano and Meyer Lansky formed the National Crime Syndicate and with it, The Commission, which was designed to ensure that future wars between crime families were avoided. To ensure this went smoothly, the Bugs and Meyer gang was disbanded but the contract killing arm of this led by Siegel became what was known to the press as Murder Incorporated. Although control of Murder Inc. was passed to Lefty Buchalter and Albert ‘Mad Hatter’ Anastasia, Siegel continued to provide hitman services. His only conviction came in Miami in February 1932, when he was arrested for gambling and vagrancy for which he received a $100 fine.

At around the same time, following a disagreement with the Fabrizzo brothers which led to them attempting to assassinate both Meyer and Ben, Siegel hunted them down and killed them. This was later followed by the killing of their brother Tony Fabrizzo who had attempted to get revenge. Things started to get a little heated for Siegel following this though and he learned that he was in serious danger. So, he was sent to California with a mission to develop the syndicate’s activities in Los Angeles. Once there he took over the numbers rackets and established a drug smuggling route to Mexico. He also developed interests in offshore casinos and prostitution and developed relationships with powerful people including businessmen, politicians and attorneys. He even developed associations in Hollywood with the likes of Clark Gable, Gary Cooper, and Cary Grant and owned a home in Beverly Hills at which he would throw lavish parties.

In November 1939, after a hit was ordered by Murder Inc. on Harry ‘Big Greenie’ Greenburg, one of the members of the gang which carried out the hit, Albert Tannenbaum, was arrested and confessed to the murder, and agreed to testify against Siegel. During the trial, the press gave Ben Siegel the nickname ‘Bugsy’ which he apparently hated. Due to the deaths of certain witnesses and the refusal of others to come forward, Siegel was acquitted. He was arrested again in May 1944 on a charge of bookmaking, but he was acquitted of that too.

Ben Siegel had ambitions on becoming a legitimate businessman and had been given an opportunity to develop opportunities in Las Vegas. In May 1946 he pressured William Wilkerson, the founder of the Flamingo Hotel to turn over control to him. Siegel’s vision was that the Flamingo could be turned into an entertainment centre that would offer the best of everything including the best liquor, the best food, and the best entertainment, not to mention the best gambling opportunities.

By 1947, the reconstruction costs for the Flamingo had spiraled out of controlled and had headed north of six million dollars, which is the equivalent of seventy-four million today, but by November of that year, the work was almost complete. The money to complete the work, of course, had come from the mob, but Siegel was refusing to report how the business was doing to the bosses. They gave him some leeway due to his past services but patience was starting to wear thin.

On 20 June 1947, a lone gunman opened fire with an M1 carbine through the window of the home of Virginia Hills, Ben Siegel’s girlfriend at the time. Siegel was hit numerous times including twice in the head and he died at the scene. To this day, the crime remains unsolved and no-one was ever charged with the murder.