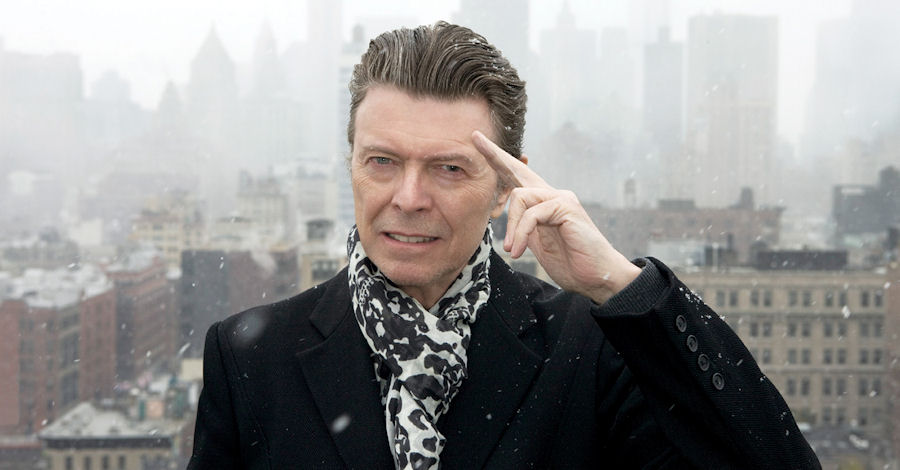 “I feel confident imposing change on myself. It’s a lot more fun progressing than looking back. That’s why I need to throw curve balls.” – David Bowie.

David Bowie was an actor, songwriter, singer, and master of the stage, but more than any of these things, the thing that set his musical career apart from all others was his deep and abiding love of innovation in his music. It was these innovations that do and will continue to, carry on long after his passing.

Born David Robert Jones on 8 January 1947 in Brixton, South London, David Bowie began to get in touch with his musical talents as a young child. He went on to study both music and art during his higher education years, which eventually led him to choose music as a professional career in 1963. For anyone who has ever struggled in music or art, you should know that even David Bowie took six years between when he began his professional career in 1963 and when he had his first major hit, “Space Oddity”, in 1969. It became the first of his entries in the UK singles charts, but it would not be his last as his career which spanned five decades would include multiple awards as well as continue the innovation of music that he began as a young man.

Always the artist as well as the musician, David Bowie began to experiment for the next three years between the success of his album in 1969 and his re-emergence in 1972 with his wildly popular “The Rise and Fall of Ziggy Stardust and the Spiders from Mars”, which for many people was their first introduction to the music they would love for the rest of their lives by David Bowie.

At around the same time, on 19 March 1970, David Bowie married Mary Angela Barnett at the Bromley Registry Office. They had a son called Duncan who was born on 30 May 1971. Although he would later describe himself as a closet heterosexual, it is at around this time that Bowie began to also experiment with his sexuality, declaring himself gay in an interview with Melody Maker in 1972 and bisexual in an interview with Playboy magazine in 1976. David and Angela would be together for a decade and ultimately divorced in 1980.

Never content to be a one-hit wonder, though, David Bowie went on another period of experimentation before he totally shifted his musical genre to something he referred to as “plastic soul.” In 1975, he released a brand new album which utilized this new style of music that he was creating. At first, the radical shift in style went down poorly with some of his earlier fans; however, it did lead to his first major success in the United States with the hit song “Fame” on his “Young Americans” album.

Having studied art as well as music and learning the craft of showmanship from his years of professional work, David Bowie went on to add acting to his career as well. He starred in his first film, the cult classic “The Man Who Fell to Earth” in 1976. As if a professional musician starring in a cult movie wasn’t enough to continue to garner scrutiny from both critics and fans, David Bowie then would emerge again in 1977 with a shifted style in his album “Low” which had a strong electronic feel to it.

Like all great artists, David Bowie knew that true success was not about riding on your achievements and coasting from one to the next until eventually, they peter out. He did what he did for his love of music and innovation, and because of this particular love of innovation, David Bowie continued to reinvent himself over the decades as an actor and as a musical innovator, often changing styles to stay current with the times instead of trying to produce music solely for an earlier era.

Some of these changes met with major success while others met with mixed and uneven reception, as was the case in his career throughout the end of the 1970s. Not one to be daunted by mixed results or even negative reception, Bowie went on to win another #1 UK top spot with his single “Ashes to Ashes.” The extraordinary success of this song helped to massively boost the sales of its correlating album “Scary Monsters (and Super Creeps)” as well as “Under Pressure” in 1981.

However, despite 30 years of reinvention and innovation, all artists finally hit their zenith. For David Bowie, this success came in the early 1980s and would never be truly repeated for the rest of his life, although he would go on to win many awards for his service to the music industry and for his songs themselves.

David Bowie’s last major musical flair came in 1983 with “Let’s Dance”. This particular song topped the charts both in the UK and in the United States where Bowie had gained considerable popularity since his release of the album “Young Americans”.

In 1992, on 24 April, David Bowie married again, this time to the model Iman. This marriage would last until Bowie’s death and produced a daughter called Alexandria, who was born in August 2000.

For the remainder of the 80s, 90s, and early 2000s, David Bowie never achieved his earlier success although he did continue to add to his musical innovations as well as starring in major movies such as the Prestige, The Last Temptation of Christ, Labyrinth, and Merry Christmas Mr. Lawrence. Playing important roles in these movies bolstered his earlier love of drama that occurred in his first cult film.

Retiring permanently from public life with one last live performance in 2006, David Bowie then spent the next ten years in quiet retirement, spending time with his family, but also continuing to make music.

Unknown to anyone but those closest to him, in 2014, David Bowie was diagnosed with liver cancer. He continued to work up until the end and his final album was released on his 69th birthday. Two days later, on 10 January 2016, David Bowie died.

Although he spent many years retired, his achievements in music cannot be overstated. He sold over 140 million albums and had 11 number 1 hits with five of his albums going platinum in the United States and nine of them going platinum in the UK. He won an Ivor Novello award for Space Oddity and a Saturn award for his performance in the Man Who Fell to Earth. He won 6 Grammy awards and 4 Brit awards. He was offered but turned down both an OBE and a Knighthood saying that he didn’t really know what they were for. He has a place in the Rock and Roll Hall of Fame and in 2016 Rolling Stone magazine proclaimed him “the greatest rock star ever”.