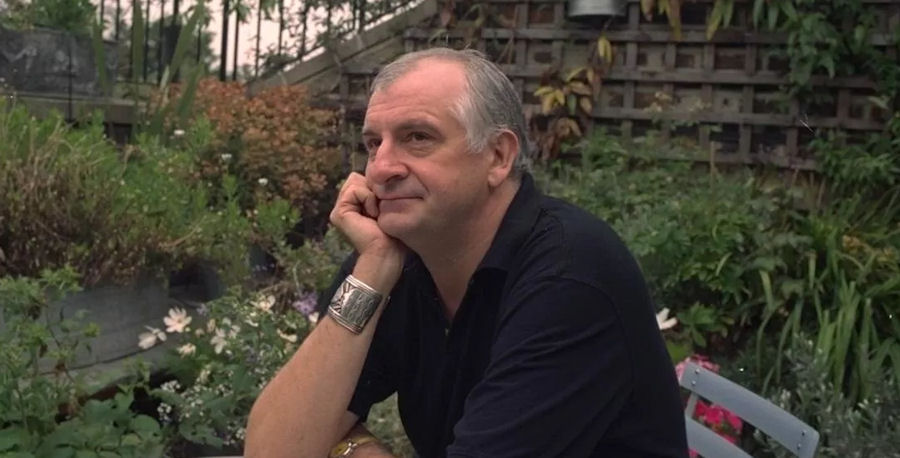 “So long, and thanks for all the fish.” – Douglas Adams

Douglas Noel Adams was born on 11 March 1952 in Cambridge, England, but was brought up in East London as he and his parents, Janet and Christopher moved there when Douglas was only a few months old. Three years after Douglas was born, his mother gave birth to his sister, Susan but unfortunately, only two years or so after that, Douglas’ parents divorced.

He attended Primrose Hill Primary School in Brentwood and until 1970 attended an independent school called Brentwood School, which was also attended by a few other famous people such as Noel Edmonds, Griff Rhys Jones and Robin Day.

Adams’ form master, Frank Halford, used to joke that he stood out from the crowd because he was unnecessarily tall. By the time he was 12 he had stopped growing but had already reached a height of 6ft 5in. In reality, Douglas stood out for another, very important reason, his ability to tell a good story. In fact, he was so good, that Halford once awarded Douglas 10 out of 10 for creative writing, the only time he has ever done so.

Douglas published a number of pieces of writing whilst at school including a report about the photography club as well as spoof reviews in the school magazine which was called Broadsheet. Broadsheet was edited by Paul Neil Milne Johnstone, which to fans of The Hitchhiker’s Guide to the Galaxy is a name that will be familiar as it became a character in the book. His work wasn’t only published internally at the school though as Douglas also had a short story published in the boys’ comic, The Eagle in 1965.

After school, Douglas Adams went to university at St. John’s College, Cambridge in 1971 where he immediately wanted to join the Footlights which was a student only comedy club. Participation in the club was by invitation only though and he wasn’t elected straight away, but managed to achieve his aim two years later after having written and performed reviews in a group called Adams-Smith-Adams. Adams graduated from Cambridge in 1974 with a B.A. in English literature.

Adams had a desire to continue a career in writing and so after university, he returned to London with the intention of getting into TV and radio. He met Graham Chapman from Monty Python and they formed a brief writing partnership, which led to Douglas receiving a writing credit for a Monty Python episode, one of only two people outside of the Monty Python team to do so. He even appeared briefly on TV in a couple of episodes.

After this brief foray into the world of Python, Douglas Adams found that his writing style wasn’t really what mainstream TV and radio was looking for and so in order to make ends meet, he ended up doing various odd jobs including as a chicken shed cleaner, hospital porter and even a bodyguard, but in the end as work dried up, he had to move in with his mother. The lack of writing work troubled Adams and it led to a lack of confidence, something which he would suffer from for the rest of his life.

In 1977, Adams pitched an idea for a radio series to a Radio 4 producer called Simon Brett along with an outline for the first episode. The idea was for a science fiction comedy series called The Hitchhiker’s Guide to the Galaxy. The first series was broadcast during March and April of 1978 on Radio 4 and was distributed by National Public Radio in the United States. The success of the series led to an extra episode being commissioned as a Christmas special and then a second series was broadcast in January 1980. Even though Adams had problems achieving deadlines, one way or another he managed to also complete an accompanying series of five novels which were published between 1979 and 1992.

The books were the basis of other adaptations of Hitchhikers such as comic books and computer games, and from 1980, Douglas also attempted to get a movie off the ground, but it never happened during his lifetime. A TV mini-series did come to fruition, though, and the success of series also led to Adams writing three episodes of Doctor Who and becoming its script editor in 1979.

In 1985, Douglas Adams created a new cast of characters for a new novel called Dirk Gently’s Holistic Detective Agency. Published in 1987 it was followed up a year later with a sequel called The Long Dark Tea-Time of the Soul.

Douglas Adams described himself as a “radical atheist”, being convinced that there is no God, but he remained fascinated by religion because of the way in which it affected people’s lives. He was also an environmental activist who campaigned on behalf of endangered species and made a radio series called Last Chance to See which featured him travelling around the world attempting to encounter them.

During the 1980’s Douglas Adams met Jane Belson and the pair became romantically involved. After several separations, they decided to commit and married on 25 November 1991. The couple had a daughter called Polly Jane Rocket who was born on 22 June 1994, just after Douglas Adams’ 42nd birthday. In 1999, the family moved to Santa Barbara in California.

On 13 May 2001, Douglas Adams was due to deliver the commencement address at Harvey Mudd College. Unknown to Adams, he had been suffering from a gradual narrowing of his coronary arteries and after completing his regular workout at the gym, two days before the address, on 11 May 2001, he suffered a heart attack and died. He was 49 years old.

Various tributes were paid to Adams after his death including the Minor Planet Centre naming an asteroid 18610 Arthurdent after probably his most famous character creation and 25 May has become known as Towel Day in his honour.