“I’m not concerned with your liking or disliking me… All I ask is that you respect me as a human being.” – Jackie Robinson

Jack Roosevelt Robinson, known as Jackie, was born on 31 January 1919 in Cairo, Georgia, USA. He was the last of five children born into a family of sharecroppers which meant they worked the land for a landowner in return for a share of the crops they produced. Jackie’s middle name was given to him in honour of President Theodore Roosevelt who had died only 25 days before he was born.

Before Jackie was one-year-old, his father Jerry left the family and so his mother, Mallie moved along with Jackie and his three brothers Edgar, Frank and Matthew and his sister Willa Mae to a small plot containing two houses at 121 Pepper Street in Pasadena, California. The neighbourhood itself was rather affluent compared to what the family had known before but as Mallie only had a few odd jobs with which to pay the bills, they themselves were relatively poor. Due to the lack of things to do for a kid in the neighbourhood, Jackie was tempted to join in the gang culture but was persuaded not to by his friend Carl Anderson.

In 1935 Jackie went to John Muir High School following his graduation from Washington Junior High and was persuaded to pursue his interest in sports by his brothers Matthew and Frank. (It should be noted that Jackie was not the only member of his family to become an accomplished sportsman. His brother Matthew, also known as Mack would become a silver medallist at the 1936 Summer Olympics).

After he graduated from Muir, Jackie went to college at Pasadena Junior College where he continued his interest in football, basketball, baseball, and track. In 1938 he was elected to the baseball team for the All-Southland Junior College team and became the region’s most valuable player. During the same year, he was recognised by the college for the commitment and dedication he showed to his work and for the outstanding service he gave to his school.

Also during this time, Jackie was persuaded to attend church regularly by the Rev. Karl Downs who became a confidant for him. He was also starting to have regular run-ins with authority figures including the police, especially when he or his friends became the targets of racially motivated incidents.

Towards the end of his time at Pasadena Junior College, the brother he was closest to, Frank, was killed in a motorcycle accident. This led to Jackie wanting to stay close to Frank’s family and so he decided to pursue his athletic career at UCLA which was nearby.

At UCLA Jackie Robinson once again excelled at his four chosen sports and became part of what was at the time the most integrated college football team in the country, the UCLA Bruins, as he was one of four black players on the team. He won accolades in track and field and also met Rachel Isum, who would become his future wife whilst at UCLA. However, in early 1941, he left college to get a job as assistant athletic director with the National Youth Administration. When the government disbanded the programme, Robinson traveled to Hawaii and played semi-professional football for the Honolulu Bears. He soon returned to California though, but what looked to be a professional football career in the making was stopped dead when in December of 1941, the Japanese attacked Pearl Harbour.

Jackie Robinson was drafted in 1942 and was assigned to a segregated Army Cavalry unit. As he had the qualifications, he applied to officer school, but although the policy was for officer school to be racially neutral, few black applicants were admitted. It took some intervention from an aide to the Secretary of War, Truman Gibson, and protests by none other than the World Heavyweight Boxing Champion Joe Louis before Jackie would be admitted. After this, Jackie and Joe Louis would become friends, and Jackie Robinson was made a second lieutenant. At around the same time, Jackie and Rachel were formally engaged.

Jackie was assigned to the Black Panthers, otherwise known as the 761st tank battalion. The Black Panthers was the first black tank unit to see combat but Jackie wasn’t with them. An incident involving his refusal to travel at the back of a bus whilst traveling to have his ankle looked at which he had injured during college, eventually led to a court martial. He was acquitted of all charges but the proceedings took so long, that he never saw combat duty. He served as an army athletics coach in Kentucky until he received his honourable discharge in 1944. Whilst in Kentucky though, Jackie was persuaded to write to the Kansas City Monarchs, a baseball team which was part of the Negro American League in order to ask for a tryout.

In 1945 Jackie Robinson signed for the Kansas City Monarchs for $400 per month. He didn’t enjoy his time in the Negro leagues though. The hectic schedule kept him away from Rachel and he was appalled at the league’s embrace of gambling and at its seemingly chaotic structure. He played 47 games for the Monarchs.

During the season, Jackie pursued an interest in the Major Leagues. The Boston Red Sox held a tryout for him and other black players, but this was a farce and he was subjected to racial insults. He left humiliated. Other clubs showed more serious interest though and Jackie eventually signed a $600 per month contract to play for the Montreal Royals in the 1946 season. The main gain for Jackie was that the gruelling schedule of the Monarchs was now behind him and so he was able to return to Pasadena. On 10 February 1946, Jackie Robinson and Rachel Isum were married. They would go on to have three children, Jackie Jr in 1946, Sharon in 1950 and David in 1952.

When the 1946 season started, Jackie struggled to get a game as various officials in Florida refused to allow any game to take place which involved a black player. It would take some serious lobbying before a game was eventually allowed to take place, but on the 17 March 1946, Robinson played in an exhibition game between the Montreal Royals and its parent team, the Brooklyn Dodgers, making Jackie the first black player to openly play in a game featuring a major league baseball team. His professional debut in the minor leagues came on 18 April 1946 when the Montreal met the Jersey City Giants at Roosevelt Stadium in New Jersey. Robinson led the International League that season and was named the Most Valuable Player. Over one million fans attended baseball games which featured Jackie Robinson in 1946.

The Major League’s colour barrier was broken the following year when Montreal’s parent team, the Brooklyn Dodgers called Jackie Robinson up to the Major’s. He made his debut as first baseman on 15 April 1947.

Robinson would continue to receive racial abuse in the major leagues too. Players would refuse to play with him and there was talk of a strike but this was leaked to the press and the National League stamped on any talk of a strike by advising all players that they would be suspended indefinitely and what’s more the press was seen to be on Jackie’s side and made it clear that any striking player would not receive any support. This didn’t stop Jackie being the target of some rough play on the field though and continued racial abuse from the fans. However, all of this resolved to unite the Broolyn Dodgers team even more than they already were.

It wasn’t all bad though, and many players from other teams showed their support for Jackie Robinson, including Lee Handley and Pee Wee Reese to name two. Pee Wee Reese is famously quoted as saying, “you can hate a man for many reasons. Colour is not one of them”.

Robinson finished the 1947 season as Major League Baseball Rookie of the Year.

The racial pressure on Jackie Robinson started to ease during the 1948 season as a number of other black players joined the league. He signed a $12.500 contract and made more money during the off-season on a vaudeville tour answering pre-set baseball questions.

In 1949 Jackie spent hours at the batting tee to improve his batting and with the help of Hall of Famer George Sisler he made significant improvements to his batting average which along with other improvements helped him to become 1949’s MVP. He was also becoming a national treasure with songs being written about him making the charts.

In 1950, Jackie became the highest paid Dodger of all time with a $35,000 annual salary and led the National League in double plays by a second baseman. He stole 12 bases and made 99 runs by the end of the year. During the same year, Jackie Robinson also became a movie star when he appeared as himself in The Jackie Robinson Story.

In 1951, Jackie nearly won the pennant with the Dodgers, but they were defeated by the New York Giants in a best of three play-off series which was ultimately won by the home run from Bobby Thomson after the famous ‘shot heard around the world’. The Dodgers would win the National League Pennant in 1952 but lost the World Series to the New York Yankees. In terms of his personal performance, 1952 was an average year for Jackie and would be the last as everyday starter at second base.

History repeated itself in 1953 with the Dodgers winning the Pennant but losing the World Series to the Yankees. Through that season, Jackie played in various positions and was becoming more and more interested in the possibilities associated with managing a ball team. He also continued to publicly address racial issues and served as editor for Out Sports magazine, using the platform to openly criticize segregated hotels and restaurants, some of which changed their ways as a result.

1954 would be the year that Jackie Robinson would become part of a championship winning team when the Dodgers beat the New York Yankee’s in that year’s World Series. In terms of his personal performance though, it was Jackie’s worst. He was now 37 years old and had missed 49 games, including the 7th game of the World series.

After the end of the 1956 season, Jackie Robinson was traded by the Dodgers to the New York Giants for $35,000 cash, but the deal was never completed as Robinson had already decided to retire. Jackie Robinson retired from baseball on 5 January 1957. Later the same year, he was diagnosed with diabetes. He was inducted into the Baseball Hall of Fame in 1962.

He tried his hand at a number of things after baseball including politics and served as Chairman of the Board for Freedom National Bank. He also formed a construction company to help build low cost housing. He also tried his hand at being a sports announcer for ABC.

He made his last public appearance when he threw the ceremonial first pitch at the start of game two of the World Series on 15 October 1972.

His diabetes continued to cause his health to deteriorate and by middle age Jackie Robinson was almost blind. He also had developed heart disease. All of this came together on 24 October 1972 and nine days after his appearance at the World Series, Jackie Robinson died. He was 53 years old. 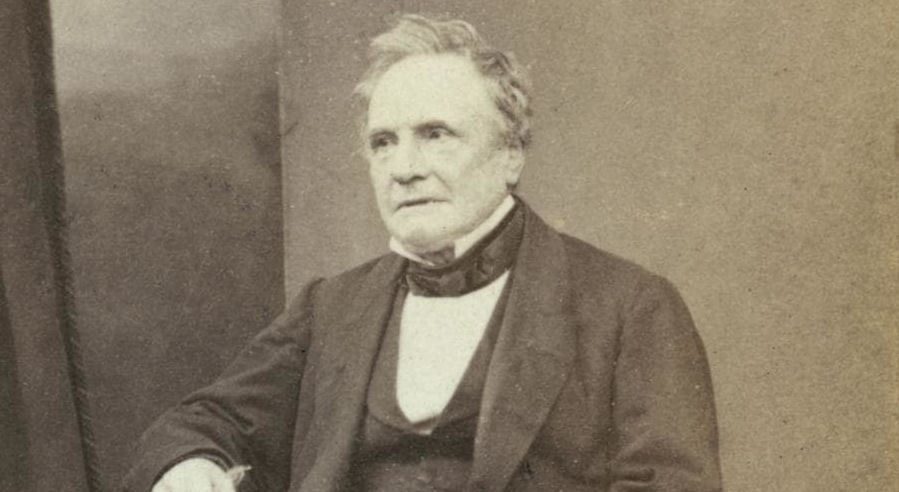