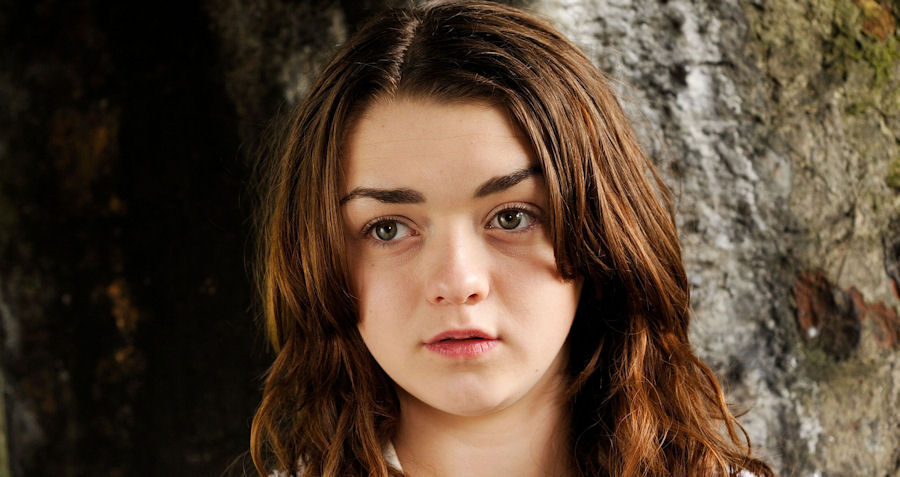 Don’t say anything online that you wouldn’t want your mother to read.” – Maisie Williams

Margaret Constance Williams was born on 15 April 1997 in Bristol, UK. Although her name is Margaret, she pretty soon came to be called Maisie, a name which was taken from the character Maisie in the comic strip called The Perishers. Maisie is the youngest of four children born to Hilary Pitt, who is a university course administrator and Gary Williams. Hilary and Gary split when Maisie was quite young, and this may be one of the reasons why the young star in an interview with Vulture when she was sixteen said that she thought marriage was pointless and that she always has nail art designs done on her ring finger as she is never getting married and so there will never be a ring on there. Her mother has since re-married.

Maisie has three older siblings, two brothers; James, who was born in 1990 and Edward who was born in 1993. Her sister, Elizabeth, better known as Beth was born in 1992. Although born in Bristol, she grew up in Somerset, in a village called Clutton on the outskirts of the Mendip Hills, not too far from Bath, where she studied performing arts at Bath Dance College. Before college though, she attended Clutton Primary School and then Norton Hill School which is located in a town called Midsomer Norton, which is just to the South-East of Clutton. At Bath Dance College, Maisie’s first love was dance but she fell into acting due to taking part in a talent competition.

Maisie hit it big with her very first professional role, when on 7 August 2009, she found out at the tender age of twelve, that she had landed the part of Arya Stark on the hit HBO TV series Game of Thrones. The show began airing in 2011 and its huge army of followers has had the privilege of watching Maisie grow from a young girl to a talented young woman in front of their eyes. It has also seen the young actress receive lots of praise from critics and fans alike. She has been nominated for numerous awards and has won Portal Awards for Best Supporting Actress and Best Young Actor, a BBC Radio 1 Teen Award for Best British Actress, an Empire Hero Award and a Saturn Award among others.

At the time of writing this article, Maisie Williams is pretty much only known for her role on Game of Thrones, although some fans will also appreciate her appearance as Ashildr in four episodes of Doctor Who. Although there was some speculation that she could go on to be the next companion for The Doctor, this was quickly dismissed.

As far as her personal life is concerned, Maisie is not an attention seeking celebrity who attends all the parties in order to be seen. She tends to keep to herself and tries to lead as normal a life as possible. In March 2016, in an interview with the Daily Mail she revealed that she thought that the notion that a famous person cannot go out with a ‘normal’ person was a bit strange and that her boyfriend is someone who she met whilst still at school, and that it is developing into a fairly serious relationship and that he is ‘normal’ and not famous.