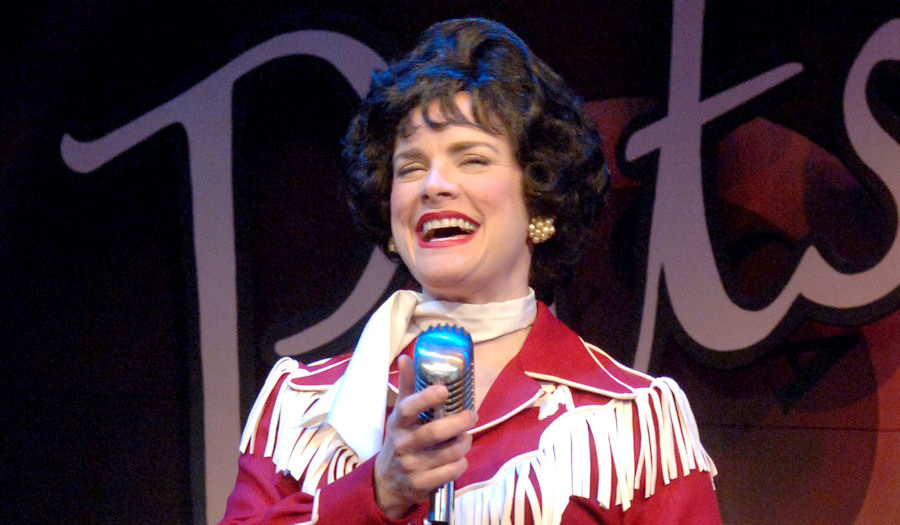 “Carnegie Hall was real fabulous, but you know, it ain’t as big as the Grand Ole Opry.” – Patsy Cline

One of the most iconic female solo music artists of all time was raised in a small, square house in Winchester, Virginia. Covered in white sideboard with two rows of three perfectly rectangular windows, the home could not emit a more middle-class, traditional American vibe (it even has a tin roof.) Despite being less than grand, people come from all over the world to visit the house that Patsy Cline grew up in. Her humble beginnings and melancholy voice speak to them on a deeper level, and they feel the house will bring them a bit closer to her and to understanding her short-lived but impactful life.

Patsy was the first born child of poor parents and was originally named Virginia Hensley. She was born on September 8, 1932. The age gap between her mother and father was significant; her mother, Hilda, was only sixteen years old when she married Patsy’s father, who was forty-three at the time. The couple was not destined to go on as a happy family. They moved around the state of Virginia alarmingly often, with some estimates saying they relocated as many as nineteen to twenty times before Patsy was fifteen. Patsy’s father eventually abandoned the family, and it was at this time that they moved into what is now the Patsy Cline Historic House on South Kent Street.

Her father’s departure meant significant changes were ahead for Patsy. The family was always one small step away from abject poverty, so Patsy decided to drop out of school in order to work and earn some money. She held several different odd jobs, serving soda at a nearby drug store, dishwashing at the restaurant where her mother also worked, and waitressing at a Greyhound bus station.

Despite her menial jobs, Patsy always had big dreams. When she was a little girl, she was an avid dancer. She idolized Shirley Temple. As she grew up, however, she realized her true passion was music. She taught herself to play piano by ear, and she loved to sing. She would practice every chance she got, honing her skills in her church choir. Strangely enough, it wasn’t all the practice to which Patsy credited her unique and adored singing voice—it was rheumatic fever. “I had a serious bout with rheumatic fever when I was thirteen,” Patsy said in 1957. “I developed a terrible throat infection and my heart even stopped beating. The doctor put me in an oxygen tent. You might say it was my return to the living after several days that launched me as a singer. The fever affected my throat and when I recovered I had this booming voice like Kate Smith’s.”

Patsy began singing in the “big band” style and eventually switched to country and western. She got gigs on a local radio station (WINC) and provided entertainment for dances. She eventually landed a recording contract with Four Star Records in 1954. While the songs she performed under Four Star led to some popularity and a few appearances at the Grand Ole Opry, she never gained true stardom while with the label. Patsy later said that the label stole money from her, and also blamed them for her inability to move forward with her career.

Life really changed for Patsy when she made it onto Arthur Godfrey’s Talent Scouts in 1957. A well-known radio and TV broadcaster, Godfrey hosted the popular talent search and variety show which allowed talent scouts to bring on new performers they had discovered. Patsy sang what has become known as one of her most popular songs, “Walkin’ After Midnight.” Godfrey declared the song a “wam-doodler,” and Patsy the winner of the contest.  The song eventually became the #2 country song in the nation, and Patsy rode on the coattails of the popularity it brought.

Following “Walkin’ After Midnight,” Patsy had a major lull in her career. She didn’t record another hit until 1960. She was then armed with a better manager, Owen Bradley, and a better record label, Decca, and released “I Fall to Pieces.” This was the first “torch ballad” she released and was a true crossover hit. “Pieces” became the #1 country song in the nation in August 1961 and then the #12 pop song. Following that success, she eventually released her other most famous ballads, “Crazy” and “She’s Got You.”

Throughout her rise to fame, Patsy had two public loves although she had a couple of rumored affairs which were never substantiated. In 1953, she married her first husband, a contractor named Gerald Cline. It was around this time she also took on the name of Patsy and pairing it with her married last name, she finally officially became Patsy Cline. Up until this time, she was mostly known as Ginny which was short for her given name, Virginia. Gerald and Patsy had no children, and she eventually divorced him to marry her second husband, Charlie Dick. They went on to have two children, a girl, born on August 25, 1957, who they called Julie and a boy named Randy who was born on January 22, 1961.

Sadly, Patsy Cline died when she was only 30 years old. After performing at a benefit in Kansas City on March 3, 1963, she was returning home on a private plane when it crashed. She and the pilot, Randy Hughes were killed along with fellow musicians Cowboy Copas and Hawkshaw Hawkins.