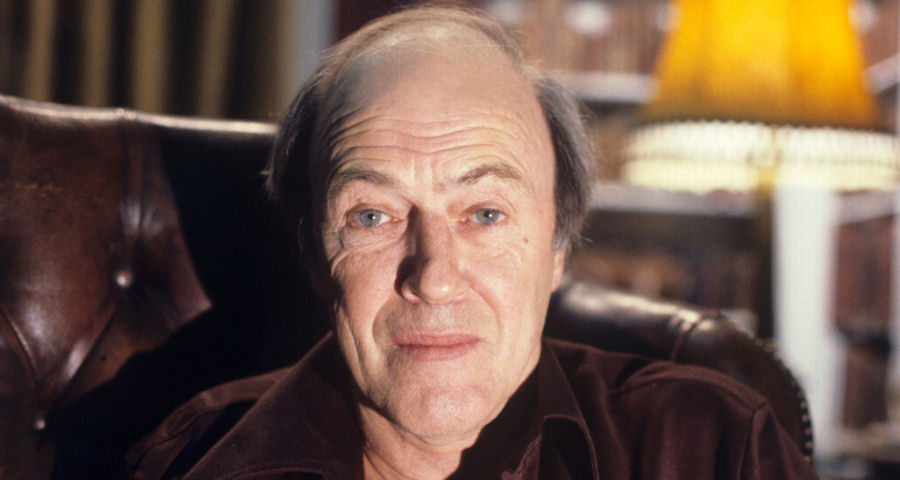 “A person is a fool to become a writer. His only compensation is absolute freedom” – Roald Dahl

Children of all ages from every point on the globe know at least one story by Roald Dahl. Over the course of three decades, he wrote 19 children’s books and earned a reputation as one of the greatest storytellers of all time.

The Dahls were exceedingly proud of their heritage. Roald was named after national hero Roald Amundsen and he and his sisters Astri, Alfhild, and Else all spoke Norwegian at home with their parents. The children were all baptized at the Norwegian Church in Cardiff and Roald spent his Summers visiting his grandparents in Oslo.

Dahl’s father died when he was only four and although given the option of returning to Norway, Dahl’s mother decided to honour her husband’s wishes and stayed in Wales so that their children could go to British schools, which Harald considered to be the finest in the world.

Following his father’s death, Dahl began his education at Llandaff Cathedral School until the principal gave him a harsh beating for playing a practical joke, after which his mother pulled him from Llandaff Cathedral and sent him off to St. Peter’s, a British boarding school.

A short time after his arrival at St. Peter’s, Dahl transferred to Repton, a private school with a reputation for academic excellence.

Dahl hated Repton and resented its strict rules and structure. A highly imaginative boy, Dahl was painfully restless and longed for a life of adventure.

His mother, undeterred by her son’s less than stellar academic track record, wanted to pay for him to go to Oxford or Cambridge but when he graduated Dahl wrote to her and said, “No, thank you. I want to go straight from school to work for a company that will send me to wonderful faraway places like Africa or China.”

So that’s what he did. After he graduated in 1932, Dahl fled Repton as fast as he could and went on an expedition to Newfoundland. Following the end of that trip he took a job with the Shell Oil Company in Tanzania, Africa where he would remain until 1939.

The restlessness that had made Dahl stir crazy at Repton showed itself again after a time and so Dahl left Shell to join the Royal Air Force. After training in Nairobi, Kenya, he became a fighter pilot.

During Dahl’s stint in the Air Force, he crash-landed in Alexandria, Egypt, an event which nearly cost Dahl his life and left him with a severely injured skull, spine, and hip. After two spinal surgeries and a hip replacement, Dahl was transferred to Washington, D.C., and assigned duty as an assistant air attache.

It was during his assignment in America that Dahl met the author C.S. Forrester, creator of the famous Captain Horatio Hornblower stories. Forrester took a liking to Dahl and encouraged him to start writing.

With Forrester’s encouragement, Dahl wrote his first short story for The Saturday Evening Post. He would go on in a short period of time to contribute stories to other magazines, from Tales of the Unexpected to The New Yorker.

In 1942, Dahl wrote his first story for children but despite Dahl’s best efforts, The Gremlins wasn’t nearly as wildly successful as he’d hoped and anticipated. Though there was a discussion of an animated film from the Walt Disney Company based on the book, the project never saw fruition.

Unperturbed, Dahl went back to darker stories for adults. He continued to write macabre and mysterious short stories for older readers into the 1950s, culminating in the best-selling short story collections Someone Like You in 1953 and Kiss, Kiss in 1959.

On the 2nd July 1953, Dahl married actress Patricia Neal and over the course of their 30-year marriage, the couple welcomed five children. During Neal’s fifth pregnancy she suffered from a trio of burst aneurysms in her head and Dahl took responsibility for her rehabilitation and helped her re-learn how to walk and talk. She eventually returned to her acting career.

Dahl and Neal divorced in 1983 and Dahl married Felicity “Liccy” Crosland that same year with whom he had a previous relationship. Liccy would be with him until his death.

Still interested in writing for children, Dahl kicked off the 1960s with James and the Giant Peach. The success of that book would kick off a streak of nineteen titles for children, including Charlie and the Chocolate Factory, Matilda, The Witches, The BFG, and The Fantastic Mr. Fox.

Dahl’s unique approach to storytelling for children is typified by an expert balance of light and dark elements. Hailed for not talking down to his young readers and for the kind of brutally honest, subversive humor children appreciate, Dahl, carved out a reputation as one of the greatest storytellers of the 20th century.

Roald Dahl died on the 23rd November 1990, at the age of 74, from Myelodysplastic Syndrome. He was buried with some of his favourite items such as his snooker cues, some chocolates, some pencils, a power saw and some decent Burgundy wine. The Roald Dahl Children’s Gallery was opened in his honor six years later in the Buckinghamshire County Museum.

“Without being asked to,” Dahl once said about starting his writing career, “I doubt if I’d ever have thought to do it.”

Children young and old remain very happy indeed that he was asked.